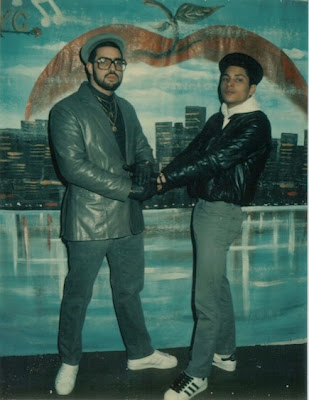 It may be dubious for some to believe that Latinos have been part of Hip-Hop since its inception. Although, it may seem like Fat Joe and Big Pun helped Latinos kick the doors down, there were some cats before them who had already cracked the door open.
Among them were DJ Disco Wiz, noted as Hip-Hop’s first Latino DJ, and Jorge “Popmaster Fabel” Pabon, member of the famed Rock Steady Crew who along with Joe Conzo, photographer and author of Born in the Bronx: A Visual Record of the Early Days of Hip Hop, will be hosting a discussion panel on the history and plights of Latinos in Hip-Hop.
The event which will be held at The Museum of the City of New York Tuesday, Feb. 2nd, will be moderated by former Source Magazine editor, Carlito Rodriguez, author of Vamos a Rapiar: Latinos and Hip-Hop Music. - written by Emmanuel Ureña, orginally posted on Vibe.com
Wishing you continued success!
Cristopolis Dieguez
latinohiphop.org
cristopolis.com
Posted by latin.hiphop at 9:57 AM