I just came across this awesome interview of Josh Norek on NPR talking about the intricacies of Latin Hip-Hop.  Be sure to listen to the audio portion of the interview available here.

The original article can be found on NPR.org here. 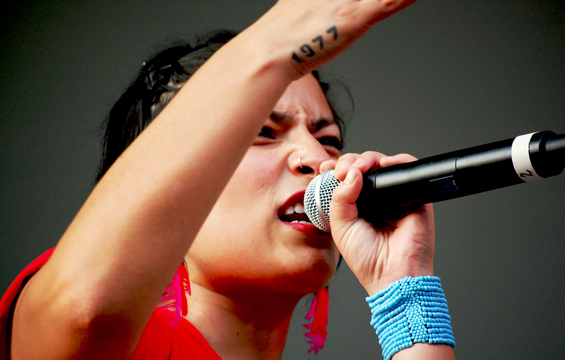 On the latest segment of the "Latin Roots" music series, Josh Norek, co-host and executive producer of The Latin Alternative (a one-hour radio show of Latin funk, hip-hop and electronica), stops by the studio. A musician, producer and journalist who works for the Latin indie label Nacional Records, Norek spends a good deal of his time exploring the history and direction of Latin hip-hop.
Springing up on the West Coast during the '80s and '90s, Latin hip-hop was the manifestation of a mixing of cultures. As young members of the Hispanic population became exposed to urban rap sounds and shaped them into their own style, their beats began to spread from L.A. to the East Coast and then down through Mexico and South America. Artists began to incorporate other genres by turn (such as jazz in the case of Ana Tijoux and klezmer in the case of Norek's Hip Hop Hoodios), to the point where Latin hip-hop itself has become an influential musical force around the globe.
In this session, Norek and host David Dye explore the cultural dispersion that has helped create Latin hip-hop. On both sides of the border, young artists began to sample their parents' music and combine it with the sound of rising hip-hop groups of the time, such as N.W.A. Since then, the genre has matured and become an influence in its own right. Here, Norek plays music from Tres Delinquentes, whom he describes as the first "post-racial" Latin hip-hop crew, and also outlines the spread of the genre into South America with a smooth trip-hop arrangement from Ana Tijoux.
via Cristopolis
Posted by latin.hiphop at 8:08 PM