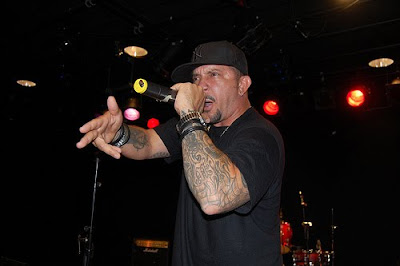 
How do you go about recording, promoting and releasing your music?


Being that I am a 100% independent artist, meaning most of the time I am not even working with a low budget, I'm working with no budget, I have to get creative on all aspects. As far as recording goes, a majority of my recordings I do myself. I have a portable studio consisting of Digidesign's MBox-2 Pro (Pro-Tools LE) which I run on a Acer PC and I use an AKG C 3000 B microphone with AKG K240 studio headphones. All this fits in a custom backpack. I can set up to record just about anywhere. Some of the producers I work with have studios so I do get to work in the studio as well once in a while, but in the end after getting the final product mastered, you can't tell the difference between the portable rig, and the studio recordings. The main benefit of recording myself, besides saving a lot of money is the comfort. There is no pressure like when you are paying for studio time which can get really expensive.


As far as promoting, I mostly use guerrilla promoting and marketing tactics. Again working with next to no budget you have to get creative so first off I use social networks which to me are essential. Even if you don't own a computer you can go to the library and use a computer and promote your music world wide for free. I mainly use Myspace, YouTube and Blogger but I recently started using Twitter. Through these social networks I have landed some interviews and shows. I actually got my first European shows from promoters I met on Myspace. Once I got a little bit of a budget I then built my own web site as well www.capital-x.com.


Besides trying to maintain a heavy Internet presence, I also still hit the streets, doing shows, giving out flyers, stickers and demo CD's. I take help whenever it's offered too word up. I have had friends and family help me promote and I have also had interns and supporters help me which is good stuff. Some of my biggest supporters are prisoners. You would be surprised how prisoners can get the word out there that's for real, my first London show was set up by a prisoner I advocate for.


Guerrilla promotions and marketing are very effective if executed properly. When I was studying guerrilla promoting and marketing I took it one step further and studied the original source, guerrilla warfare which is where the concept came from. If you study guerrilla warfare you will see the similarities in guerrilla's fighting against large armies, and the independent artists competing against the corporate mainstream. I don't concentrate on one town, city, state or country for that matter. Though some may think it's crazy to try and spread myself thin by attacking globally that's what I do. I promote world wide in small blasts never spending to much time in any one place. If I have a show in Norway, I am hitting Norway with all I got. The following week I may be concentrating on South America and Asia the week after that. I keep it moving. It's gotten me hits and sales from over 20 countries. Finally, when there is a little money to spare, I seek out a hired gun, such as LatinaBeatz. LatinaBeatz.com offers underground and independent artists an invaluable service at incredible rates. Publicists like LatinaBeatz are hard to come by so do check her out. Tell her "X" sent you. This is someone who knows the game on the underground level. Many opportunities arise from using sources such as LatinaBeatz.


I release my music through my own record label. I formed I.G.W.T. Records about 10 years ago along with my own publishing company 305375 Music. I released my own EP first, then I released a couple of other artists to gain more experience. I searched hard for a good pressing house that does short runs. You can press under 1000 though it is more cost effective to run 1000 or more which is what I do. Besides pressing actual CD's which I self distribute at the moment on my web-site www.capital-x.com and by hand at shows and what not, I also distribute electronically on iTunes, and Amazon MP3, I believe these sites are vital. Once again I didn't just sign on to distribute local, or regional, I went for international. Come May 19, you will be able to get my CD from iTunes and Amazon anywhere in the world. Before, during and after the release, it's all about promoting, ya tu sabe. You have to keep it moving.


If you received $100,000 dollars tomorrow, that you had to use on your music, how would you use it?


Ok, you said use it on my music cause word up, I would have straight up payed for some DNA tests for death row prisoners with strong innocence claims. Seeing you said on my music, I would finance a protest festival tour across the US. This is actually a goal I'm working hard to achieve for real. I want to do a tour through the 36 US states that still have the death penalty to try and sway the public opinion. I would hand pick the line up. I would book heavy weights such as Public Enemy, Rage Against The Machine, ILL Bill, Immortal Technique, Sabac Red and Akir backed by up and coming revolutionary rappers such as Therapist out of Philly, Rebel Diaz and the Welfare Poets out of New York, Bredda 1 of Norway and myself. On the bill I would also get the notorious Street Poet Monte Smith and 3 speakers, exonerated death row prisoners Juan Melendez and Shujaa Graham joined by Bill Pelke the president and co-founder of "Journey of Hope…from Violence to Healing," an organization led by murder victim family members who oppose the death penalty.


A tour of this magnitude would cost more than $100,000 I'm sure, but $100,000 would be enough to jump start it. Once it got going it would generate funds that would go towards continuing the tour. I would be flipping that hundred g's like I was pushing keys in the end word up and I would pump right back into the struggle. The focus of this tour would be to educate the people on the true facts about the death penalty and the criminal justice system in America which is what my music and new Cd is all about. It goes deeper than just the death penalty really. There are many issues I would bring to light on this "End The Death Penalty Tour". Issues such as mass incarceration, and modern day slavery. The Law of Parties and the Three Strikes Law. The tour would not just be about my music cause that's not what it's all about for me. It would be about sparking off a political movement. It would be about raising revolutionary consciousness and getting the people, especially the hip hop community involved in an old struggle that needs new blood. The anti injustice movement, needs more true soldiers. The A.I.M. would no doubt be my back up on this tour on all levels. I am an A.I.M. soldier. That's what I would do...use the money to further a just cause while having a good time with good music. 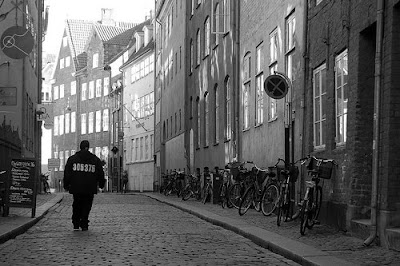 
Where do you see the music industry 5 years from now?

I would like to see the music matter more than the money and the fame. I see shifts towards a more conscious and aware music industry meaning that even companies are seeing the importance of focusing more on social and political issues. We have to face the facts. We created the messes we are in around the world and we are the ones that need to clean it up. These messes I am referring to include the creating, manufacturing and distribution of mindless bullshit music.


If it were left up to me, I would like to see it all go back the 1980s or the early 1990s when rap artists, like Public Enemy, KRS-One, X-Clan and Paris, reacted to the negative effects of the economic and political policies of the Reagan-Bush administrations and produced socially conscious music that made a big difference in countless peoples lives. If the music meant more than just profit, you would see more people supporting artists and a lot less downloading and file sharing. Hell I wouldn't steal half of the music that's been coming out lately. I just want to hear more music that really means something. I want it to be more about the music, less about the business. I just hope it don't take us five years to get there. Support the underground people. Support your locals don't hate on them.


I am working on a number projects at the moment. First and foremost I am promoting my debut album 305375 (The Voice of the Voiceless) Volume 1 which I just completed. The first video just went up on YouTube for the UnaBeatz produced track, "I Want Justice". I am also working on a collaboration with Norway's, Bredda 1 also known as Sheepy. We recorded a track called "Eye 4 N Eye" that is being mixed and mastered for Bredda 1's album coming out in March. We also shot a video for the song in Norway which will be pushed for MTV 2. I am also shooting video footage for a number of tracks off my album as I work on Volume 2. Some of the tracks that didn't make it on Volume 1 will be on Volume 2 so I have a jump start on my second album which I am hoping to drop in early 2011.


I have a handful of collaborations I have done and am finishing up that should all come out this year which includes a track with Justice Allah, Wilson-Reporte Ilegal, Gun, MC.Shh, Freddy Future (organ, congas, guiro, bass) on Jehuniko's new album "Cold in the Hot Sun", the tracks called "I Will Survive". I have a track called "Notorious" with Awkword coming out on his "World View" mix tape. Awkword is the mastermind behind "World View", the earth’s first 100% nonprofit global hip hop project.


I am working on projects with Gabe Rosales of Vital Nonsense out in Cali, Street Poet Monte Smith in North Carolina, who are both my A.I.M. comrades. I am working on tracks with Therapist from Philly, Crazy T, and Adoptive from Norway, and the X-Vandals from the South Bronx, New York. I am also working on a mix tape of my own as a side project, just putting tracks together slowly. I leaked a NoN-Phixion remake of "The C.I.A. Is Still Trying To Kill Me" which will be on the mix tape that is still untitled and not yet scheduled for release as of yet but I am working on that too. The buzz for that track is getting loud. You can check it out on my web site.


So yea I am busy and this is just the musical aspects of what I do. The activism is a constant daily struggle that I fight and will fight till victory. That is to see justice, to see the death penalty abolished world wide, to see modern day slavery abolished including a rewritten Thirteenth Amendment, and prison reform that puts the focus on education instead of incarceration. Rehabilitation over punishment, and the end to life without parole for juveniles. I stay busy as I said.


What is the best place for people to find out more about you?


www.capital-x.com is my main web site, but also www.myspace.com/capitalxaka305375 is updated on a regular. Also stop by http://capital-x.blogspot.com/ just started this one up. From these three sites you will learn more about me, what I am doing and where to go to find out even more.