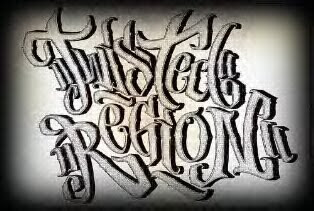 
If there is one lesson that you can share with a young up and coming artist, what would it be?

Always believe in your self, love what you do and never give up.

In 5 years: it'll still be a battle between the old corporate structure and how easy it is to distribute now via internet.
What exactly does a label have to offer now? They have the promotion machine that an independent artist doesn't have, but what does an independent artist have to commit to in order to get that?

Before napster —before the possibility of any artist getting any distribution without a major label— you needed to get signed if you were going to get your music out beyond your city.  Now you don't need a major label to do that.

What I see happening now and what i see growing in the next five years, is more real-music.
It won't be something primped & preened & presented by some major label as "the next big thing!"
It will simply be music. Music that people will listen to.  Music that people want to listen to not because "somebody" is telling them "this music rocks!" but because — without influence — someone decided to listen to a song and actually liked it because of the song alone; not because someone told them they had to like it.

In the next five years? I expect, I guarantee that the music produced will be more genuine and more true as an art form. 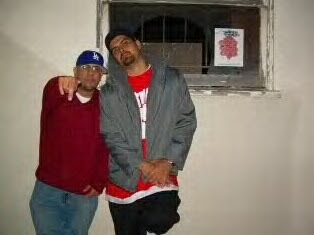 
How do you go about recording, promoting and releasing your music

We record live at The Containment Unit, in our home grown lab 'Ground Zero', which is run by us.

As far as promoting we use the internet. We are out there physically promoting ourselves. The radio. Just being involved.

We go about releasing our music by the internet, specifically cdbaby.com.  At our events.
Ma and pa shops, amoeba even out the trunk of our cars.

In 2010 We are going to independently be releasing our english album  entitled "Stuck In Traffic". Look out for our music video "Fresh". Check us out at http://youtube.com/twistedregion. Don't sleep if you love hip hop add us to your library. 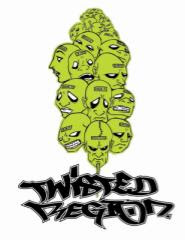 
What is the best place for people to find out more about Twisted Region?

You can get all the info you need at:

Twisted Region would like to thank Cristopolis Dieguez,
latinohiphop.org and Latina beatz for making this interview possible